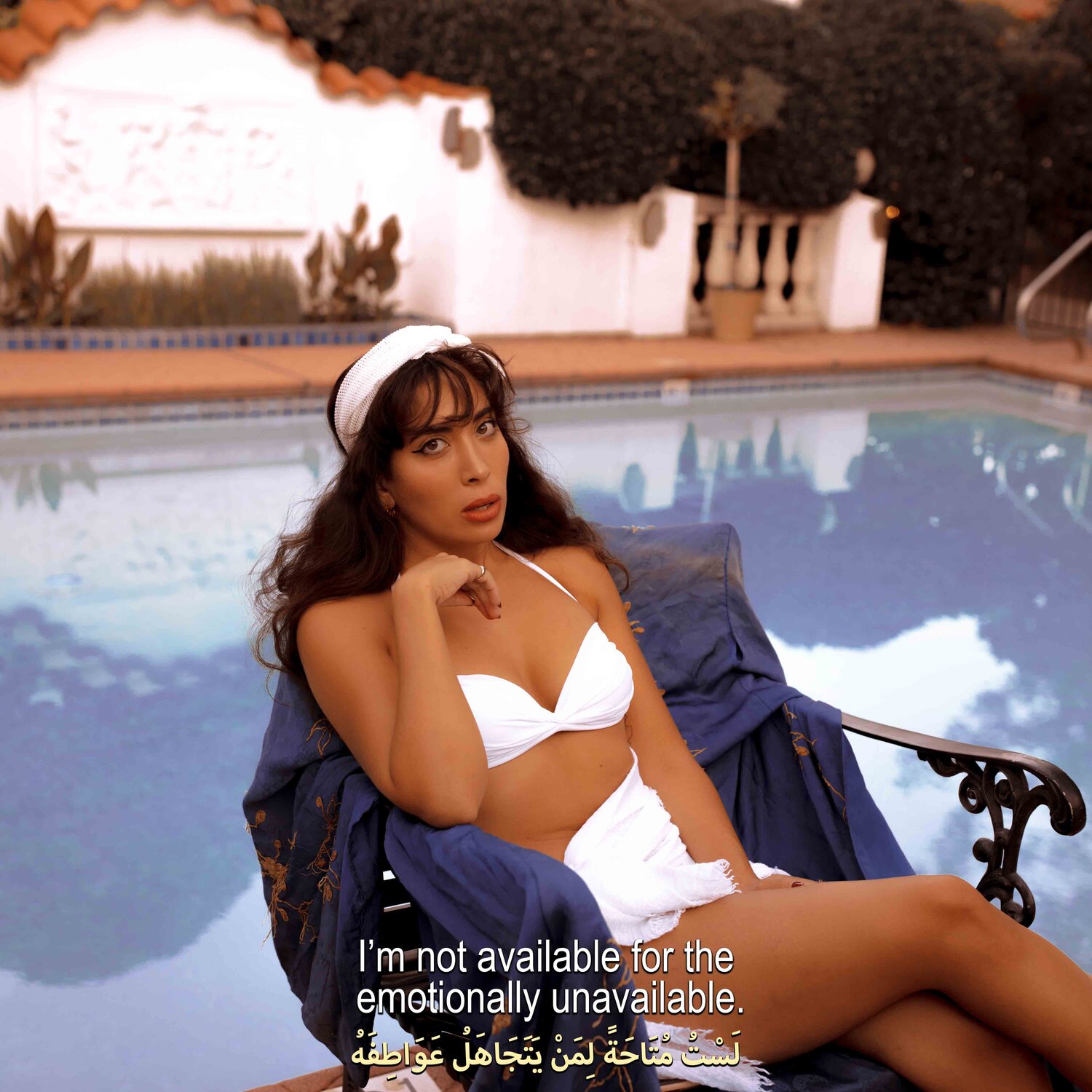 Join artist Sarah Bahbah for an informal and intimate conversation with arts writer and AGWA Curatorial Coordinator Bahar Sayed, as Bahbah returns to Perth from LA for this exclusive event.

Sarah Bahbah’s female-centric stories told through carefully composed, subtitled image sequences are kinds of self-portraits. They often begin as a conduit for thinking through her own personal experiences, but take on lives of their own through the response of her global online audience of more than one million followers.

Sometimes featuring herself, but more commonly models or actors, Bahbah’s work tends to explore emotional and romantic connections and disconnections, sex and gender, anxiety and vulnerability. We meet Bahbah’s characters in frozen moments of crisis, when they’re grappling with romance, heartbreak or existentialism.

“I try to give voice to the things we think but often don’t feel comfortable enough to say.” — Sarah Bahbah, Vogue.com

Originally from Perth (and with Palestinian/Jordanian heritage), Bahbah now works from Los Angeles. In addition to presenting her work in galleries, Bahbah runs the agency Possy through which she has worked with clients such as Sony Music, Gucci and GQ on videos, movies and campaigns.

Sarah Bahbah is a Palestinian/Jordanian-Australian Artist and Director living in Los Angeles. Raised by Immigrant parents, her culturally conservative upbringing led to a great rebellion through Art. Over the past decade, Sarah has become renowned for her signature style, giving birth to visually striking, culture-shifting stories that combine her most intimate psyche and inner dialogue appearing as subtitles with cinematic stills. Sarah’s art explores the power of vulnerability by way of giving voice to the vast spectrum of chaos and desire in imperfect relationships. She believes in embracing emotional freedom to break taboos and celebrate the liberation of guilt and shame. With every story Sarah releases on Instagram, her cult-like following responds, leading every series created to go internationally viral.

Through her content creation agency, Possy, she has worked with the likes of Gucci, Condé Nast, Capitol Records, Sony Music, and GQ – and was the first Arab to shoot a cover for GQ Middle East. Sarah has directed three music videos for Kygo, collectively racking over 100 million views. In an effort to challenge traditional Art world norms, she launched a ‘pay what you can’ initiative making her art more accessible to the public. Since then, has sold over 10,000 prints. Her art has been exhibited internationally at 25 art fairs and galleries including Saatchi Gallery London, Zonamaco Mexico, and Scope Art Basel before she left to do it on her own. She has self-funded five international solo exhibitions which saw huge success and has been featured in countless publications including New York Times, Forbes, Business Insider, The Cut, Vogue US, Vice and many more. Most recently, Sarah released her biggest series yet titled “3ieb!” in Arabic / “Shame On Me!” in English. A series that equally caused an uproar and gave voice to hundreds of thousands of Middle Eastern women all over the world. Soon after Bahbah released ‘Fool Me Twice’, a photo series which explores Attachment theory in a unique and relatable way receiving wide press coverage and millions of views across the internet.