An accompanying sound work features the voices of Aunty Gloria Hill and Aunty Lola Garlett, as well as countless voices speaking the Noongar word “Moorditj”—which translates to “good” or “awesome” in English.

Words have weight, because words are a feeling. The physical feeling of muscles tightening and tendons snapping, of bones positioning and air redirecting.

“Moorditj has been said the same way for thousands of years. Our bodies are the same even though hundreds of years separate us.”

So says Amanda Bell, the artist behind neon sculpture From our lip, mouths, throats and belly (2021). The work takes the form of this Noongar word Moorditj, which translates to “good” or “awesome” in English. The work’s title gestures to the experience of feeling a word as it is produced by a body. In an accompanying sound piece, the voices of Aunty Gloria Hill and Aunty Lola Garlett rise from this rippling illuminated text to meet those who are prepared to listen to their stories.

Bell describes the collective experience of this word with a kind of timelessness and responsibility. In this way, the pink neon Moorditj is a portal, connecting bodies back and forth through time, honouring what has passed, and hoping for what is to come.

Words have weight, because words are a feeling. The emotional feeling of relationships shaping and realisations solidifying, of histories weighing and intentions activating.

Bell describes the collective experience of this word with a kind of timelessness and responsibility. In this way, the pink neon Moorditj is a portal, connecting bodies back and forth through time, honouring what has passed, and hoping for what is to come.


“My mum is all over everything I make,” Bell says. “It doesn’t exist without her.” She tells a story about growing up in WA’s southwest during the early 70s. The Whitlam government had just been voted into power. Bell’s mother was the daughter of Welsh coal miners who ventured across the world to ultimately marry an Australian coal miner. A nurse and proud union member, she had decked out the front yard with a banner celebrating this pivotal moment in Australian politics. The Bell’s house was one of the last on the Tutunup Run school bus route and when the children from farms further out saw the banner they started spitting out words in anger like “Commie!” and “Red!”. Bell recognises this as her first memory of feeling different—for political opinions rather than for her Aboriginality. She laughs when describing her mother’s response to this early morning rage: smiling widely, waving as she called out warmly “Have a nice day!”

Words have weight because words are a feeling. The philosophical feeling of beliefs formed and values emboldened, of principles tested and ethics fortified.

“Asking the question was more important than the answer. The work has made people show that good side of them,” Bell says.

From our lip, mouths, throats and belly speaks to more than Bell’s own experience. That warm, beautiful pink glow makes space for audiences to explore manifold pasts, presents and futures by showing, rather than telling.

From its three new homes on the walls of AGWA and Fremantle Arts Centre, as well as perched high on the rooftop of The Rechabite in Northbridge; I can feel this ancient, luminescent, vigorous word looking out across Whadjuk Boodjar, saying “Moorditj”, asking “Moorditj?”, calling “Moorditj!”.

This article was first published in the print publication The View From Here in October 2021 under the title A Word of Difference.

Melissa McGrath is a curator, writer and collaborator from Boorloo/ Perth with experience in museums, galleries, artist-run and community arts organisations across Australia, working at the intersection of contemporary and community practice. She is a curator at Mundaring and Midland Junction Arts Centres and co-edits Semaphore. 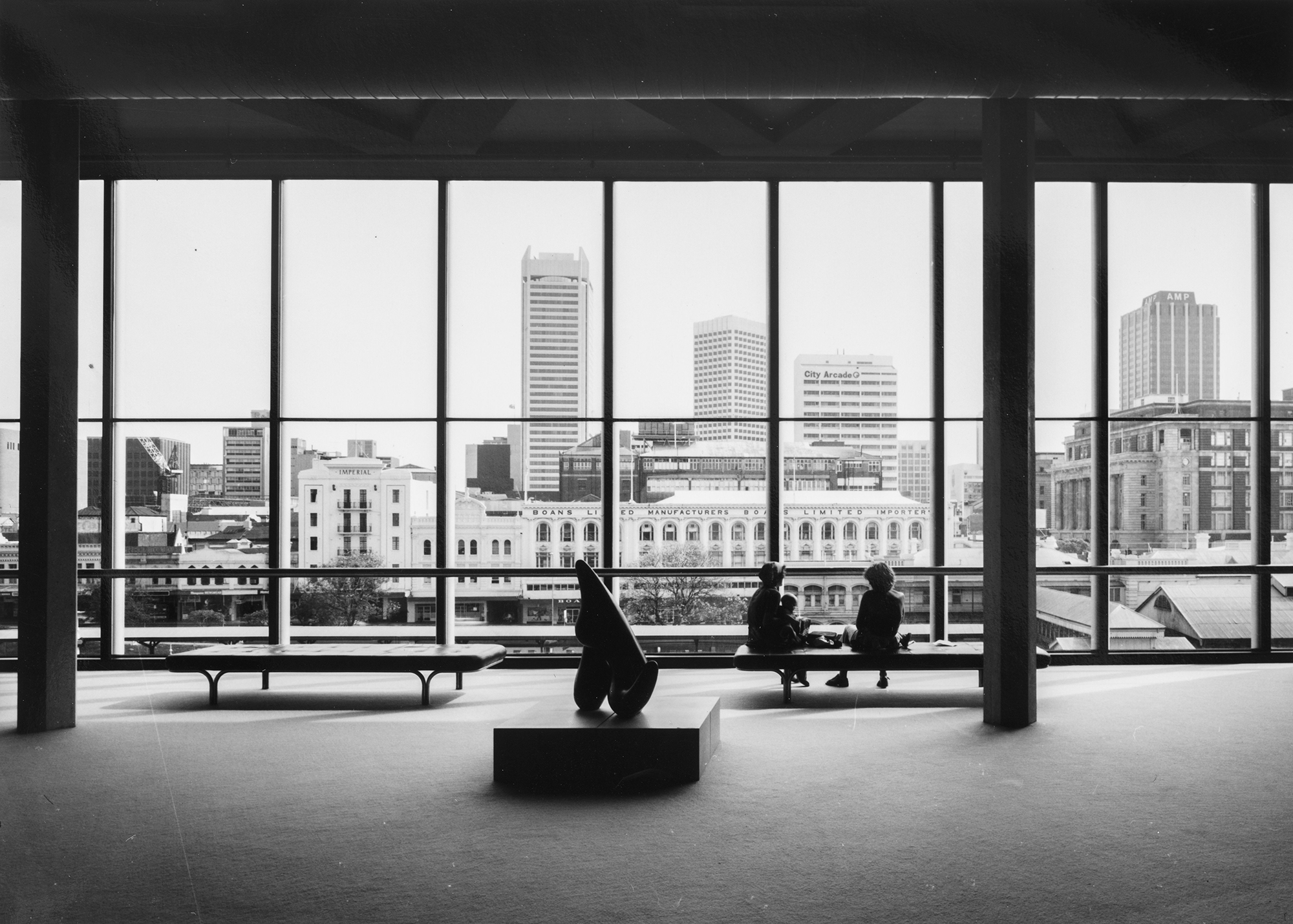 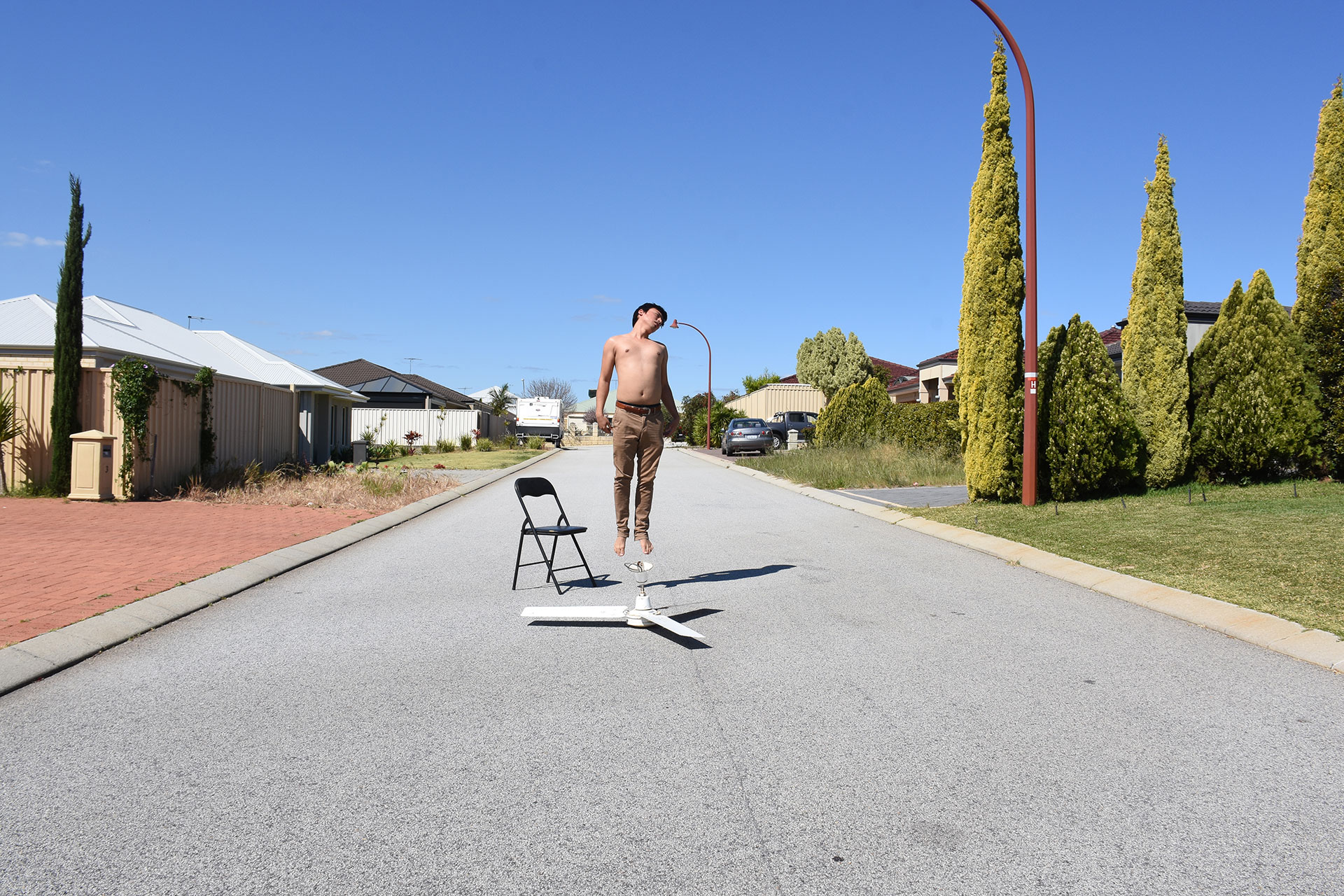