In the explosive creativity of this Fitzroy Crossing-based artist, global issues collide with expressions of his Walmajarri identity.

It has been said that if you sit long enough in one place, the whole world comes to you. This is certainly true for artist John Prince Siddon, who—from his position in Fitzroy Crossing in Western Australia’s central Kimberley—harnesses national and global issues to create work with enormous political and social currency.

Issues like: global warming, catastrophic disasters, endangered species and land management practices. Then there’s the brutality and violence of pub culture, and the shortcomings of politicians.

Often what Prince paints is triggered by what he sees on television news but the vitality of his work comes from a wellspring of self-determination, social justice and environmental activism, which flows as strongly through his tiny hometown as the mighty Martuwarra, the Fitzroy River.

Home to some 1200 people, Fitzroy Crossing is a small town with a big shadow. It harbours a community that has fought and continues to fight against mining companies, drilling and fracking gas wells, and billionaires installing Murray–Darling-style pumps and canals to grow cotton. It also has a thriving art centre, Mangkaja, with more than 240 practising artists.

The vitality of Prince's work comes from a wellspring of self-determination, social justice and environmental activism, which flows as strongly through his tiny hometown as the mighty Martuwarra, the Fitzroy River.


It all began when the semi-feudal system between the all-powerful station bosses and unpaid Aboriginal people broke down in the late 1960s, forcing large communities of Walmajarri, Bunuba, Gooniyandi, Nyikina and Wangkatjungka people into the frontier outpost.

It was into this maelstrom that Prince, a Walmajarri man, was born and, according to Steve Hawke’s book A Town is Born (Magabala Books, 2013), “a unique community emerged, with a strong ethos of cooperation and support”.

Prince has felt this ethos keenly in his journey from station worker to artist after losing a leg in a horse riding accident. His forebears encouraged him to give painting a go and if it weren’t for the old people telling him “Don’t give up! Keep trying!” Prince admits he would have “packed it all in”.

“I worked hard, non-stop,” he says, talking about his first solo show All Mixed Up for the 2020 Perth Festival. “It made me proud.”

And proud he should be. For Sydney Morning Herald’s art critic John McDonald, Prince’s show and “eclectic, gothic and psychedelic” style was a “mind-bending highlight” of the festival. 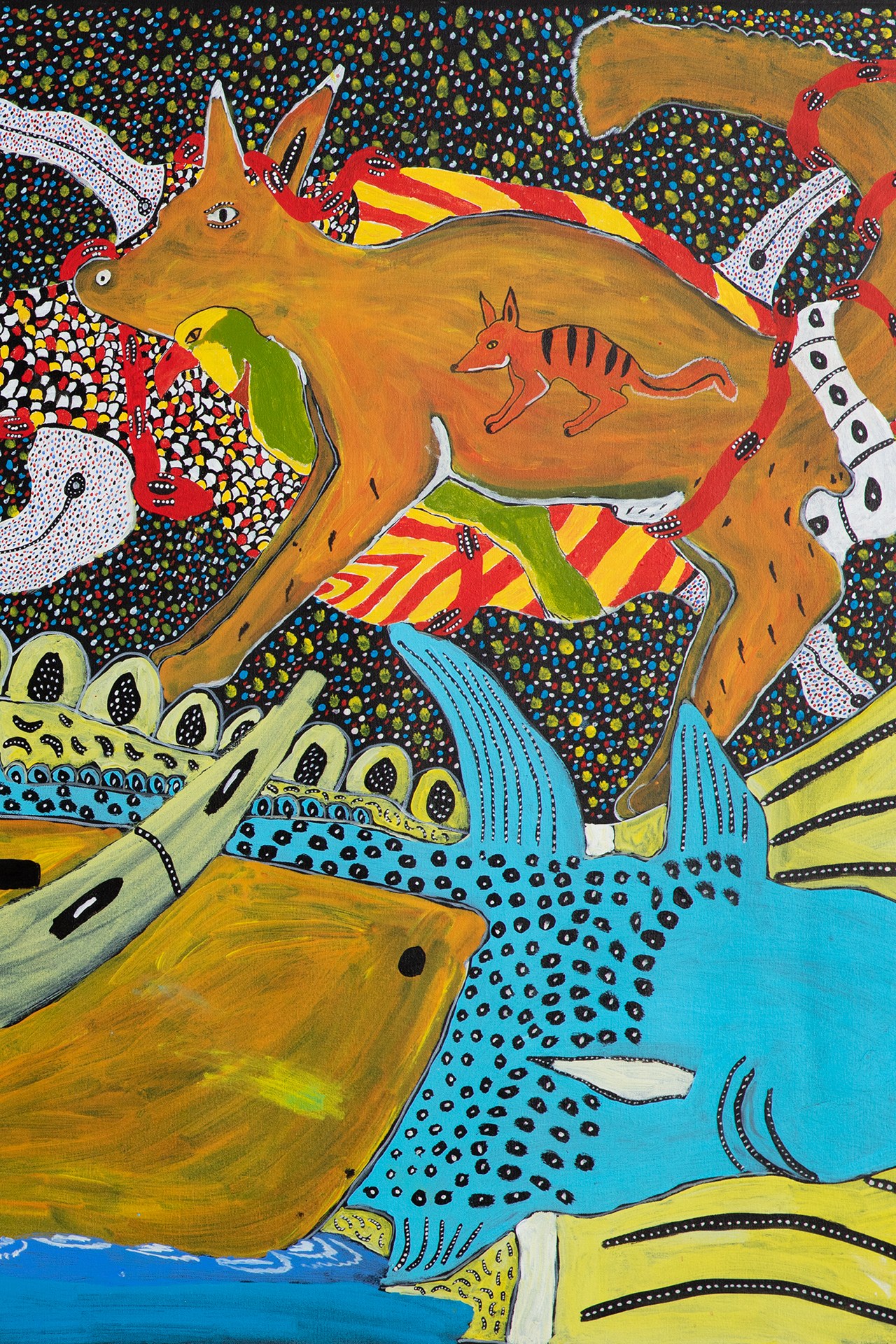 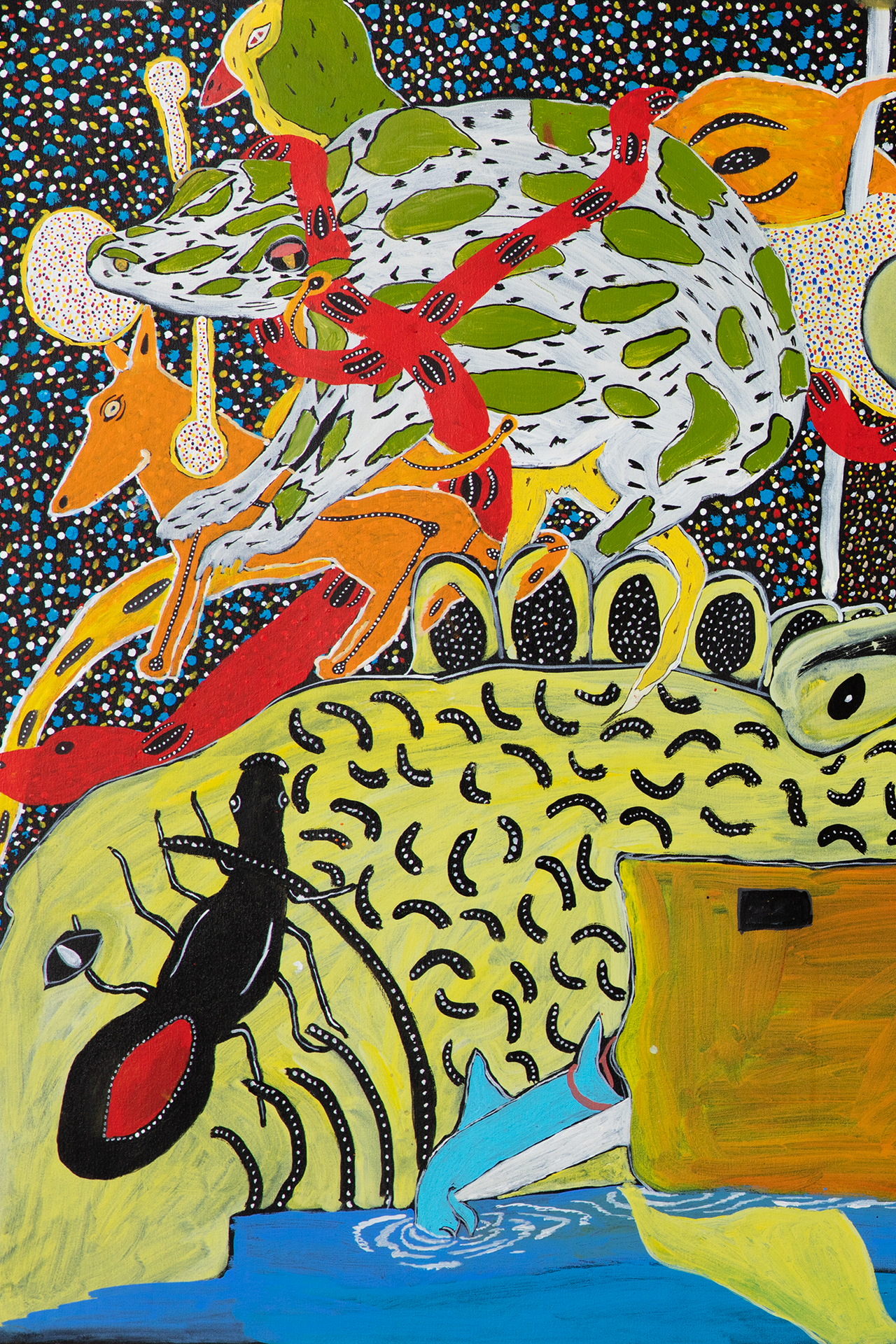 Take Panic (2020), showcased in The View From Here. Painted during the 2019-20 bushfires, the piece shows an entangled and layered tumult of animals, from all over the continent, and desert iconography rendered in vibrant and intense colours against a dotted background of raining ash. On the wall either side of the large painting, Prince’s own written passages are also displayed—questioning, contemplating. His writing is an increasingly important part of his explosive artistic practice; never explaining his work but existing in its own right as a parallel creative expression.

Prince has been heralded for his adeptness with multiple surfaces—saddles, skulls, boab nuts, kangaroo skins and sheets of tin­—referencing his own story of growing up swimming, fishing and hunting on the Martuwarra and working on cattle stations.

He recently used a 3D printer to create bull skulls, which he then paints, engraves and embosses.

A quietly spoken man, Prince is starting to accumulate an impressive track record—a recurring finalist in the prestigious Telstra NATSIAA since 2018, highly commended in the King Wood and Mallesons Art Prize (2018) and runner-up for the Fremantle Arts Centre Print Award (2021).

Later this year he will travel to Adelaide as a featured artist at the Tarnanthi 2021 festival at the Art Gallery of South Australia.

In the meantime, he’s “having a break” from painting while his right hand heals from a recent injury. He says the television news reports from Afghanistan, which he has seen from his hospital bed, have saddened him greatly. When asked whether this is what he’ll base his next work on, he thinks for a bit. “Might be,” he says.

This article was first published in the print publication The View From Here in October 2021 under the title Harnessing the World.

Jacqueline Wright is a fiction and non-fiction writer whose first novel, Red Dirt Talking(Fremantle Press, 2012), won the 2010 TAG Hungerford Award and was longlisted for the 2013 Miles Franklin and Dobbie Literary Awards. 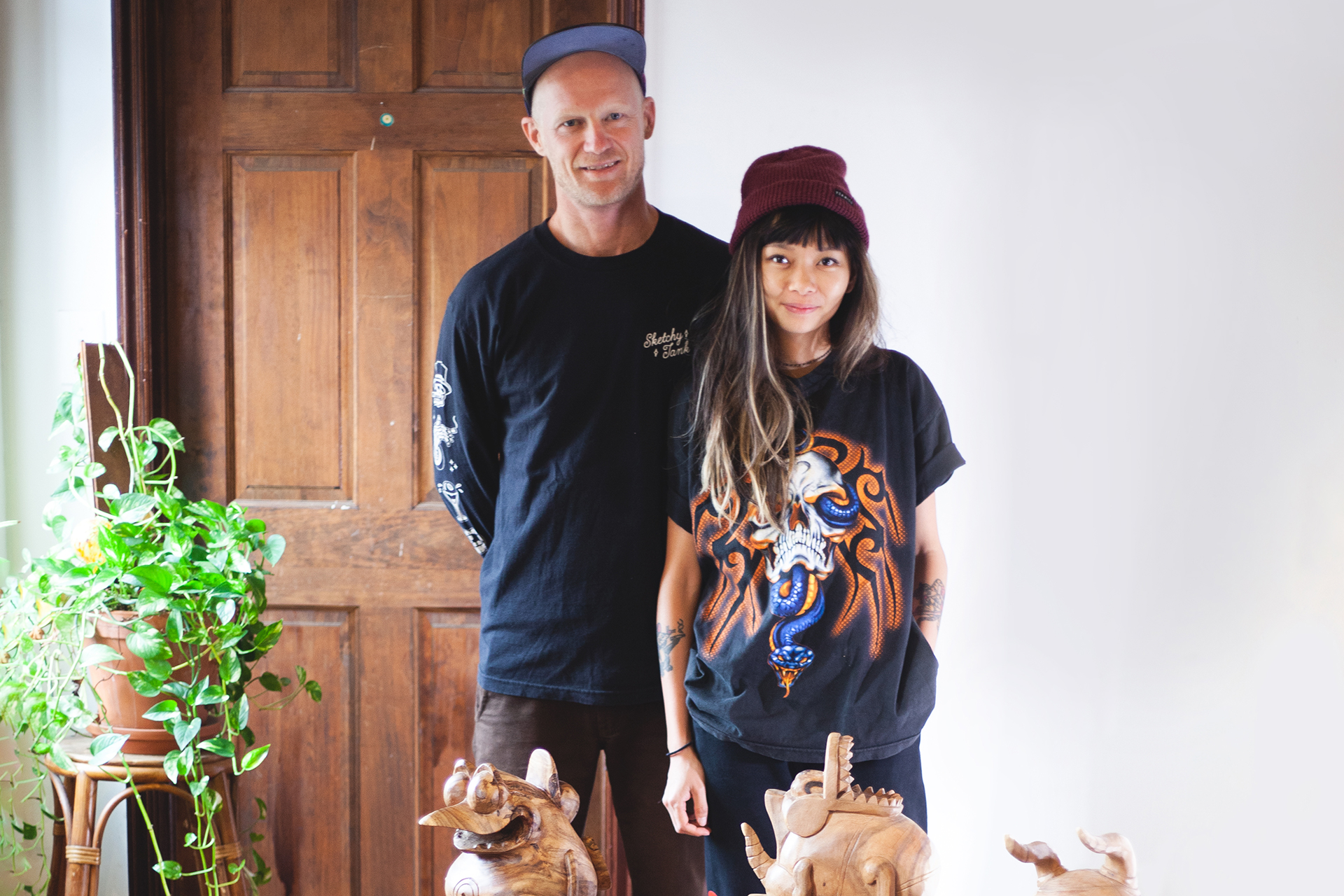 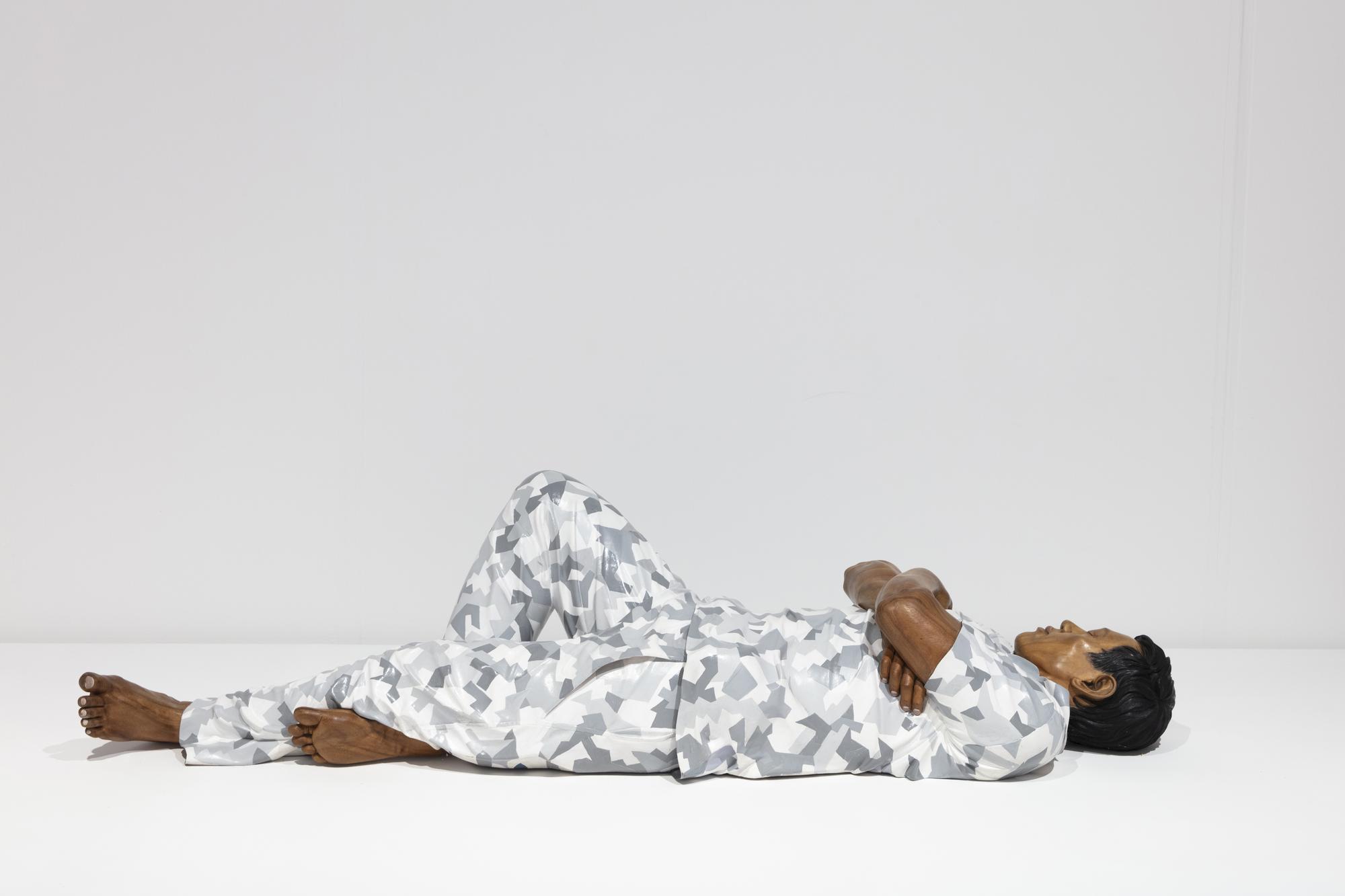