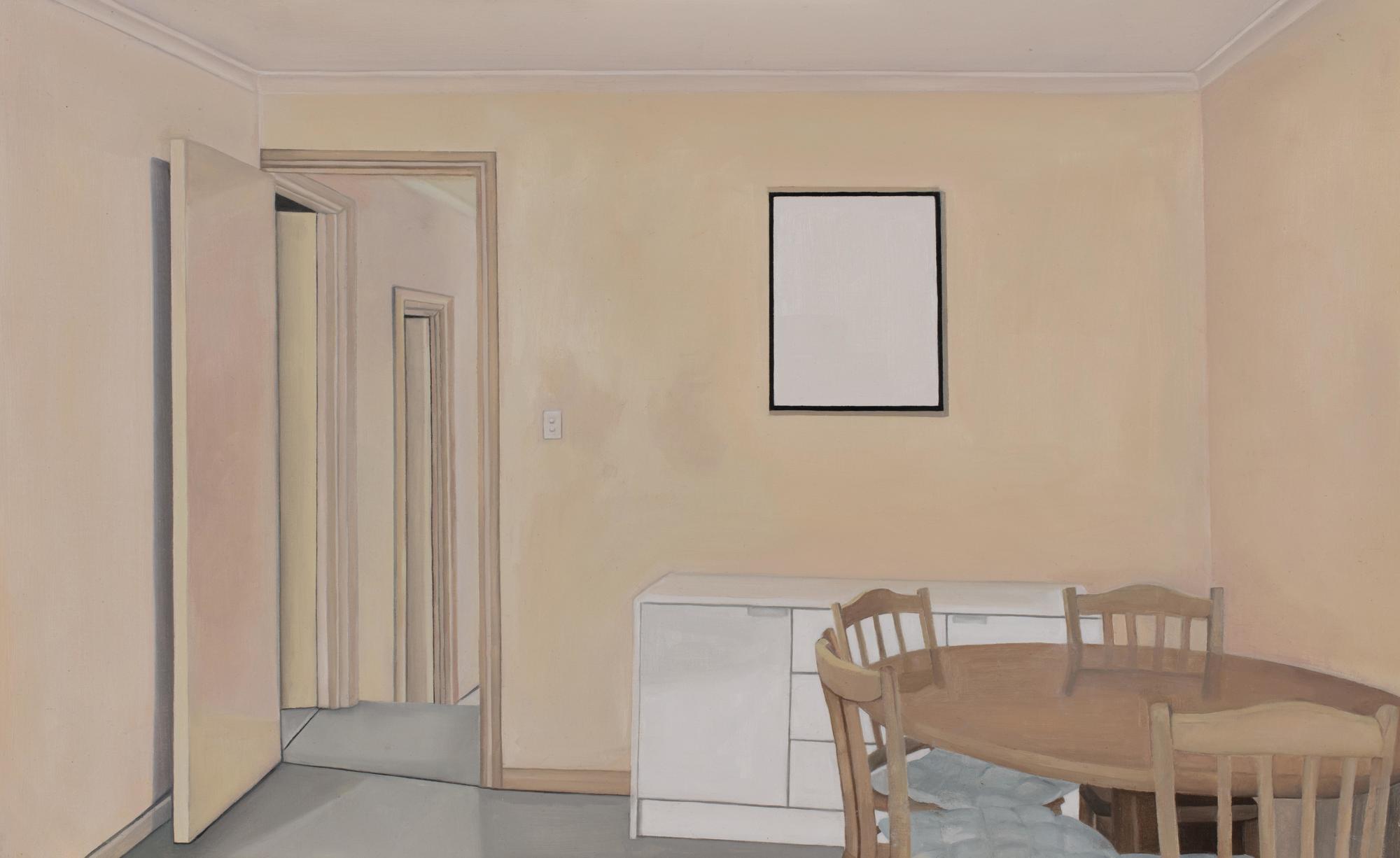 Holly Yoshida began painting in her current, realistic mode in 2013 while a student at Edith Cowan University. Two works drawn from the State Collection — Five and a Half Minute Hallway: Exploration 6 (2019) and Offerings (2021) — depict domestic spaces. These are average rooms taken from Yoshida’s own orbit, while others in her catalogue are drawn from rental sites. In them is captured the residue of everyday life; the energy that gets left behind in spaces, absorbed and exhaled by walls that enclose our existence.

Highly assured and calmly confident, Yoshida’s approach eschews any trace of the flash and bravado that she would be technically more than capable of. Instead, her tautly focused works hold their hushed space while allowing the viewer time to become attuned to their subtle mysteries.

“[They are] psychological landscapes, in that they become a portal for the viewer to project themselves into. Kind of like people watching, where you make up stories about people, my interiors invite curiosity and comfort.” — Holly Yoshida

At times, she articulates this effect by painting minor glitches into a work, like a chair with no (or partial) legs that seems to have a life of its own; her representational elements almost abstractions that give them an otherworldly feel while retaining a sense of the mundane.