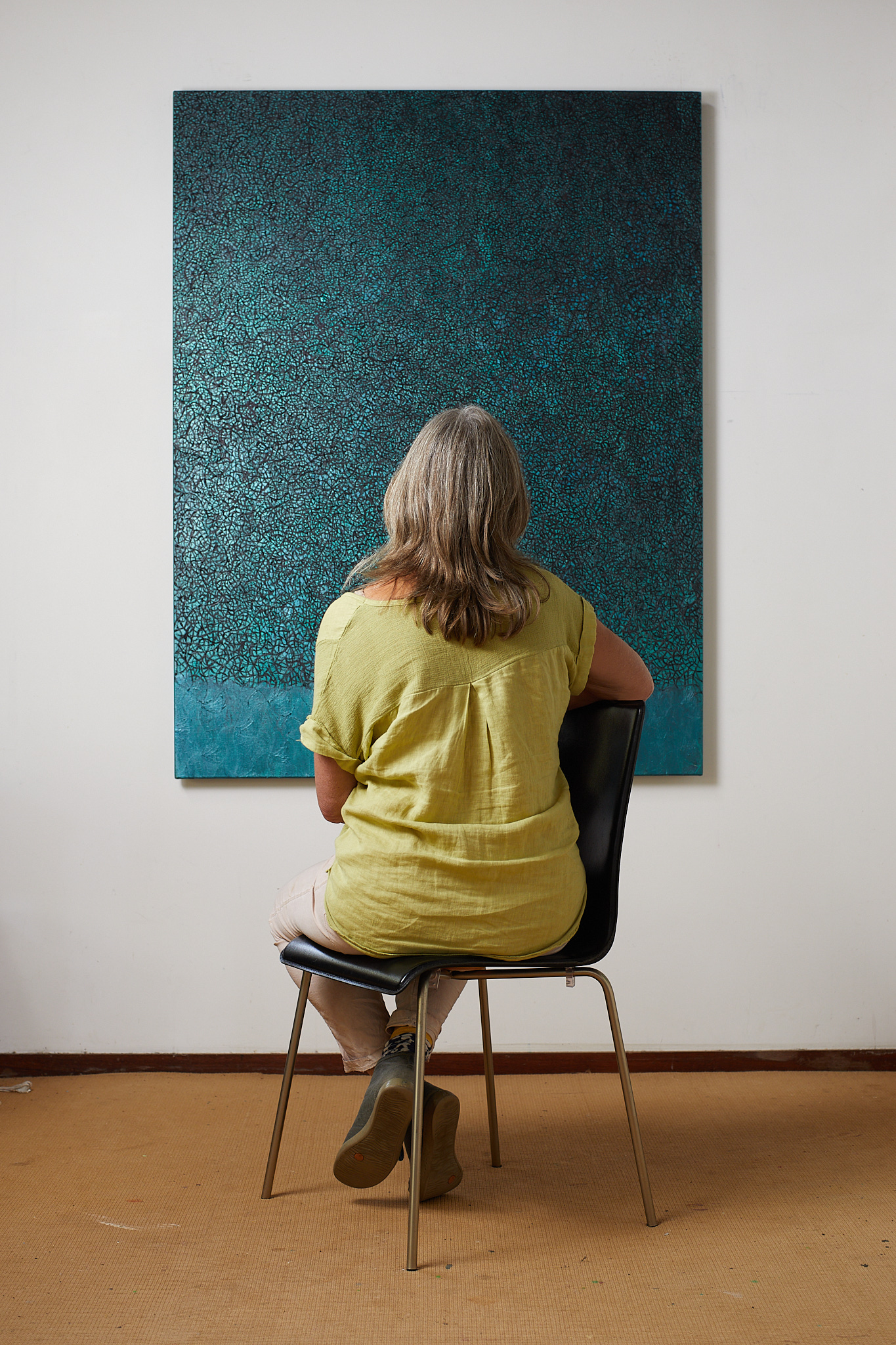 Inspired by Eastern traditions, this artist searches for "nothingness" in her paintings; their many layers and parts combining seamlessly in a greater whole.

Michele Theunissen’s rhythmically patterned and open-ended paintings take inspiration from Mahayana Buddhism, to make delicately visible the flicker between substance and the insubstantial.

Witness this in two paintings hanging in this exhibition. Gathered creates a pictorial choreography where paint marks wriggle in loose wave-like bands seeming to obey the pull of a horizontal tide over a quietly glowing ground. The mica in the underpaint imbues the surface with an occasional flash and shimmer, while also adding an unplaceable quality of mystery: the work is a calmly energetic emanation of a kind, not merely a painting.

The Edge resides at the opposite end of the emotional spectrum. It came into being over four years, a period that saw the death of her brother. While not consciously fashioned as a response, she now sees it as having the function of a working-through.

“The Edge just came out of me, an explosive feeling, it became about a struggle with grief and loss.” — Michele Theunissen

The work’s fiery form is a brewing up of pain that doesn’t resolve; it holds its feeling state at a constant tension, maintaining a meditative balance between an awareness of the tragedy of life and the difficult consolations of our being present to them.