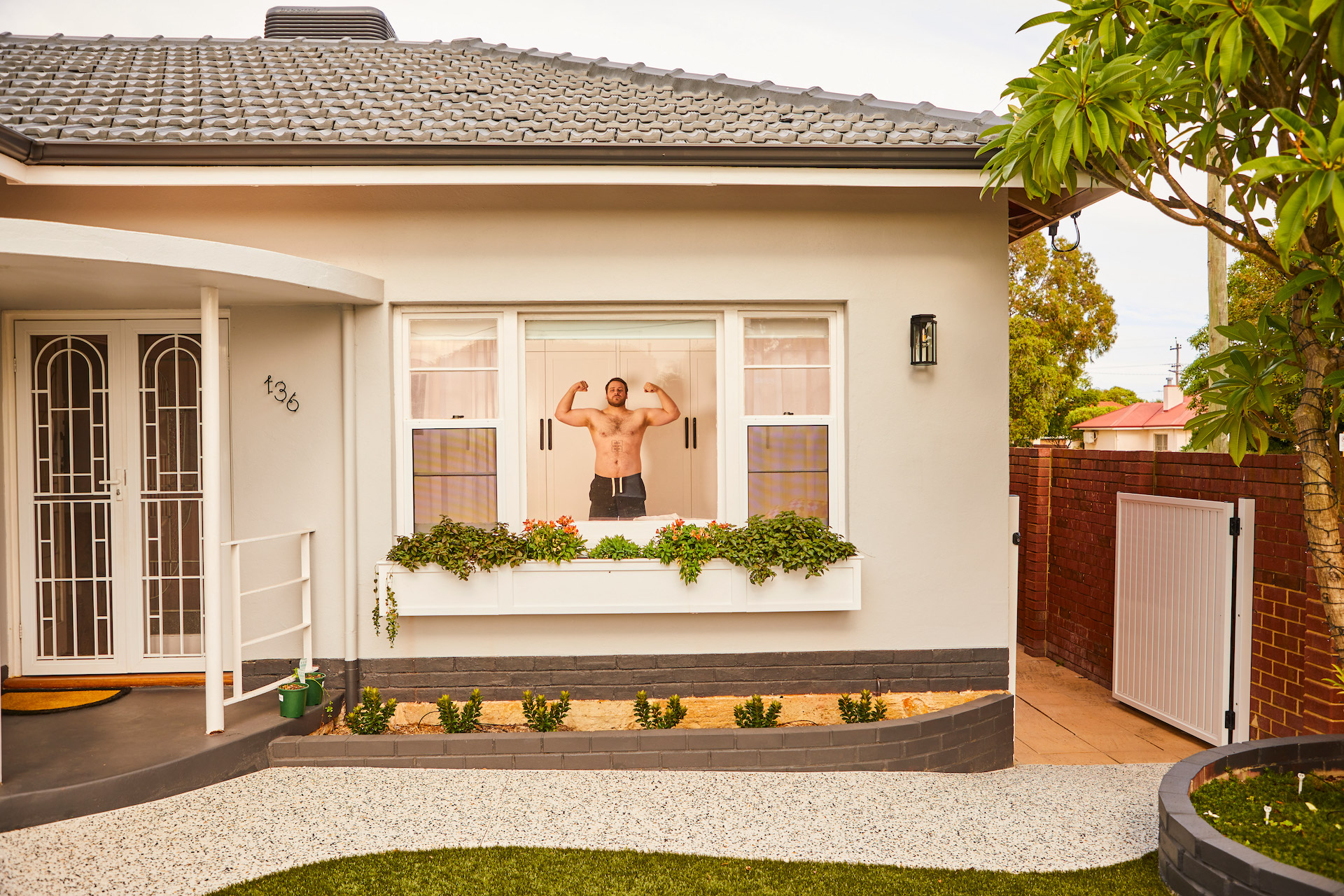 AGWA's new interior rooftop gallery opens with a flex in Muscle Beach, a solo exhibition from one of WA's most exciting young artists.

They embody the lengths we go to in meeting improbable ideals, while also honouring the expressive capacity of cartoons and digital media to imagine strange new entities we might become. Without a trace of moralism, Muscle Beach is about the pleasure and problematics of holding an idea of who we are, and are yet to be, in one and the same thought, in one and the same flex.

The title references the original Muscle Beach in Venice, California. First dubbed “mussel beach” because of the molluscs on the pier, it became a place for human muscles when a massive earthquake destroyed local playgrounds and gym equipment was installed.

Aligned with the growing body-building culture and the more casual attitude to the beachside display of human flesh, the arrangement ensured “working out” became a spectacle and spectator sport and the beach worldwide turned into a space for parading artfully crafted and poised bodies.

“I think there’s a constant underlying idea of failure within all the work. People can feel that, and people can understand that.” — Tim Meakins 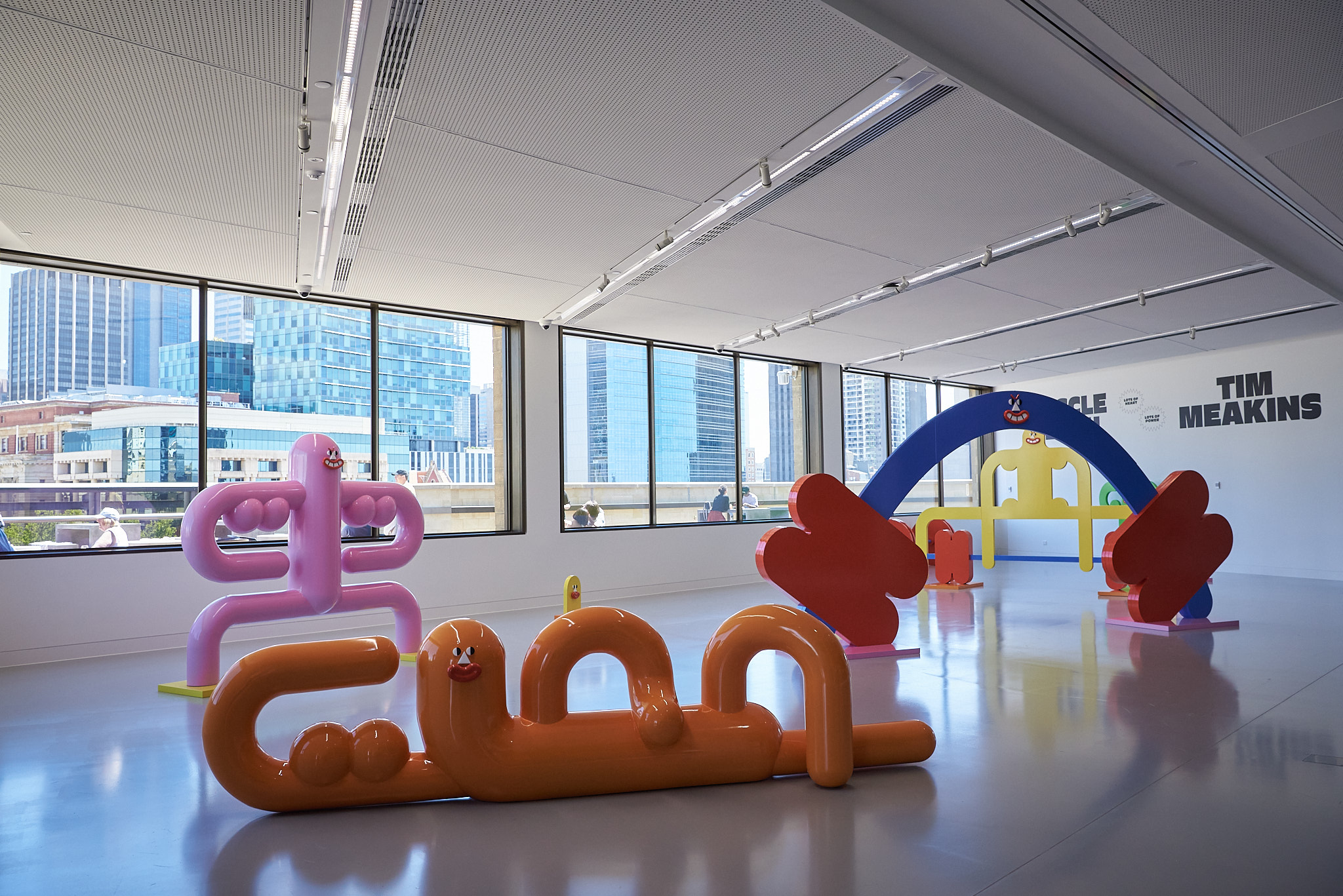 Join artist Andy Quilty as he inspires you to draw the human form at Tim Meakins’ Muscle Beach. 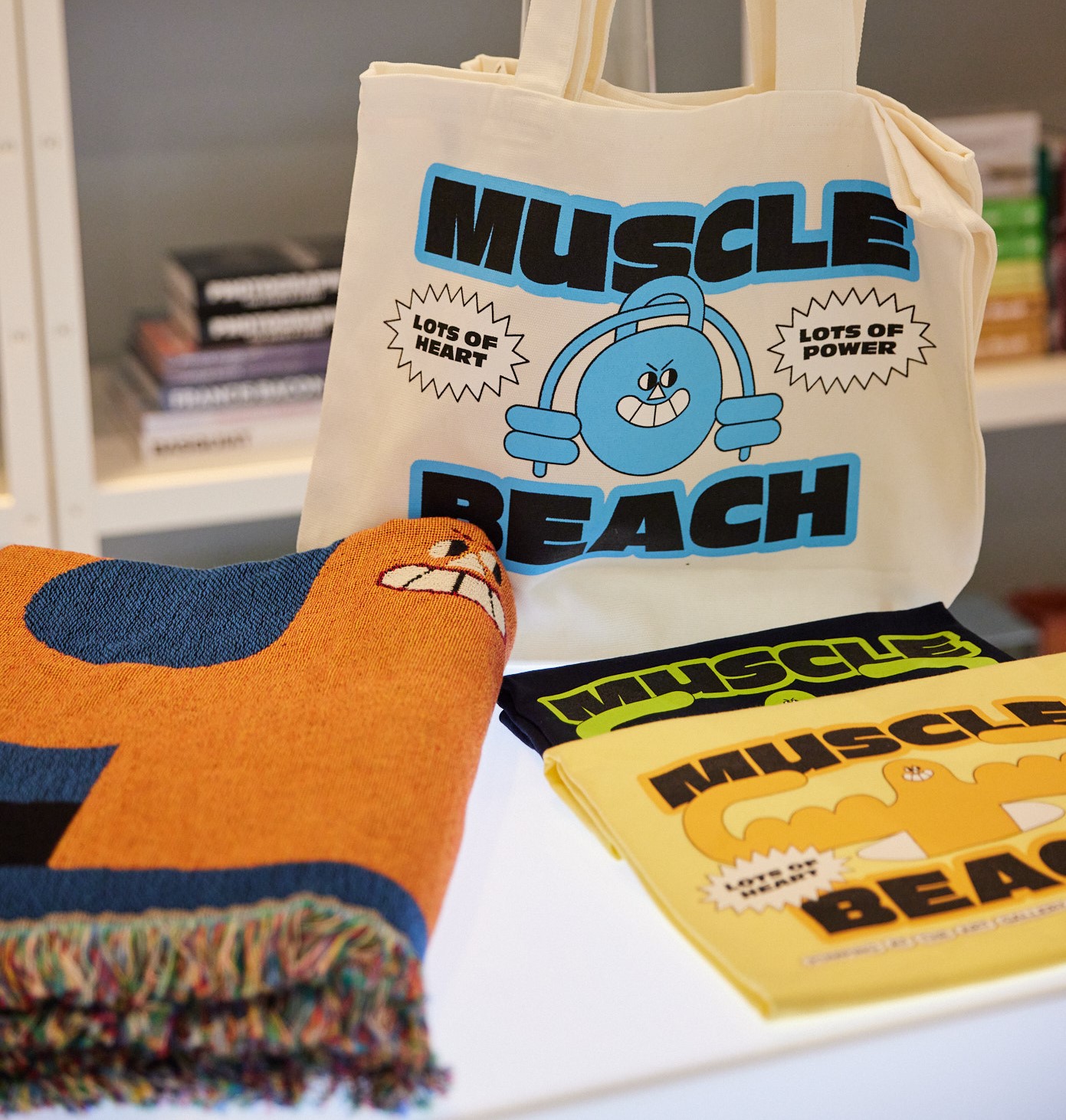