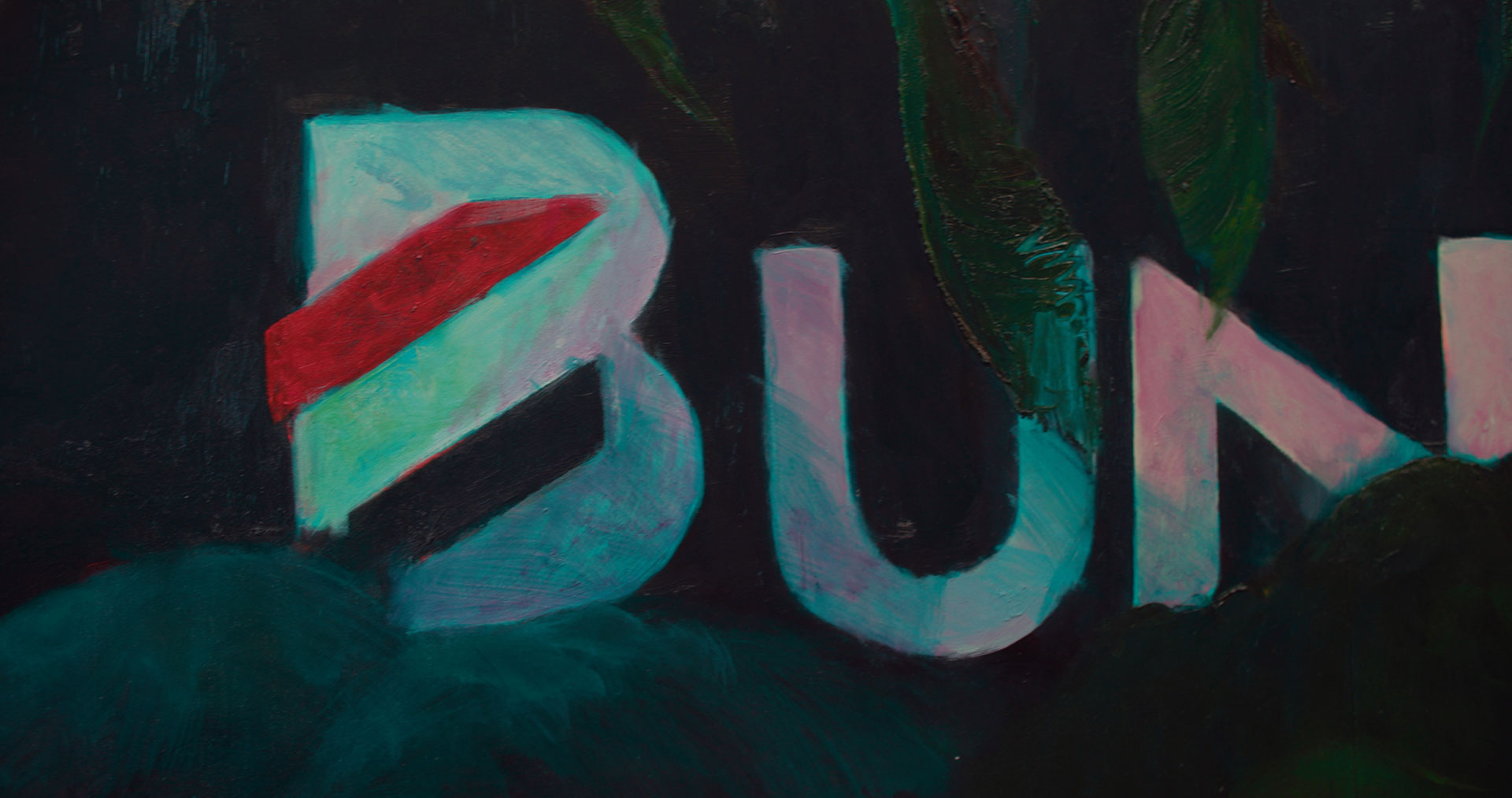 Whether depicting a forlornly empty block of land or eruptions of human and natural mayhem, Wade Taylor’s suburban gothic balances a fascination with the expressive substance of paint and the expressive potential of local sites, legends and events.

Here AGWA presents two new commissions — his largest paintings yet — documenting two suburban fires as “catastrophes”; vivid ruptures in the fabric of the usual. Taylor uses their scale to intimately involve us in this strange break in the everyday. that explains the sirens is a take on the fire that engulfed Bunnings Inglewood the year before. He was attracted to the subject as an emblem of “what makes the news”.

“[We have] this almost humorous and bizarre allegiance to these places. We don’t shy away from it, we lean into it.” — Wade Taylor, The View From Here 2021

Meanwhile, we know where u live shows the flaming destruction of a house in Bedford; a place he had recently moved out of after living there for nearly ten years. In both, Taylor opens out the composition to locate us alongside the emergency crews and eye-witnesses; he bathes us in the lurid zone of emergency.